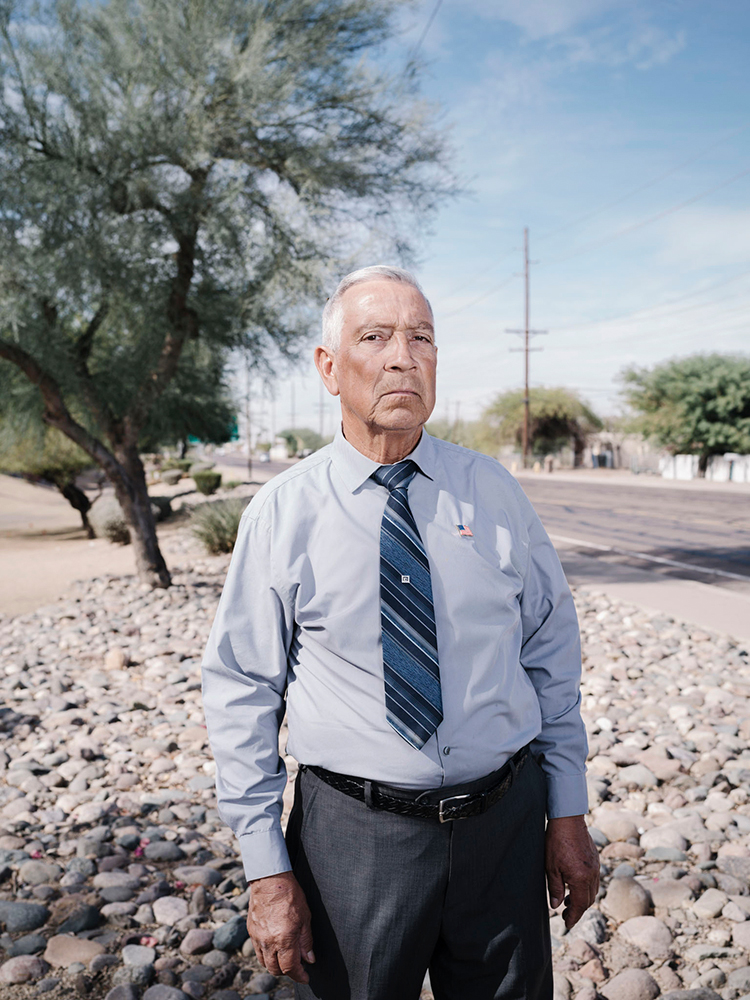 Daniel Magos stands for a portrait near the intersection of 27th Avenue and West Durango St. in Phoenix Arizona, where he was stopped and illigaly searched by agressive police because of Sheriff Arpaio's discriminitory policing practices. He later went on to testify against Arpaio in a racial-profiling class action lawsuit that was ruled in his favor. Photgraphed in Phoenix AZ on November 12, 2017