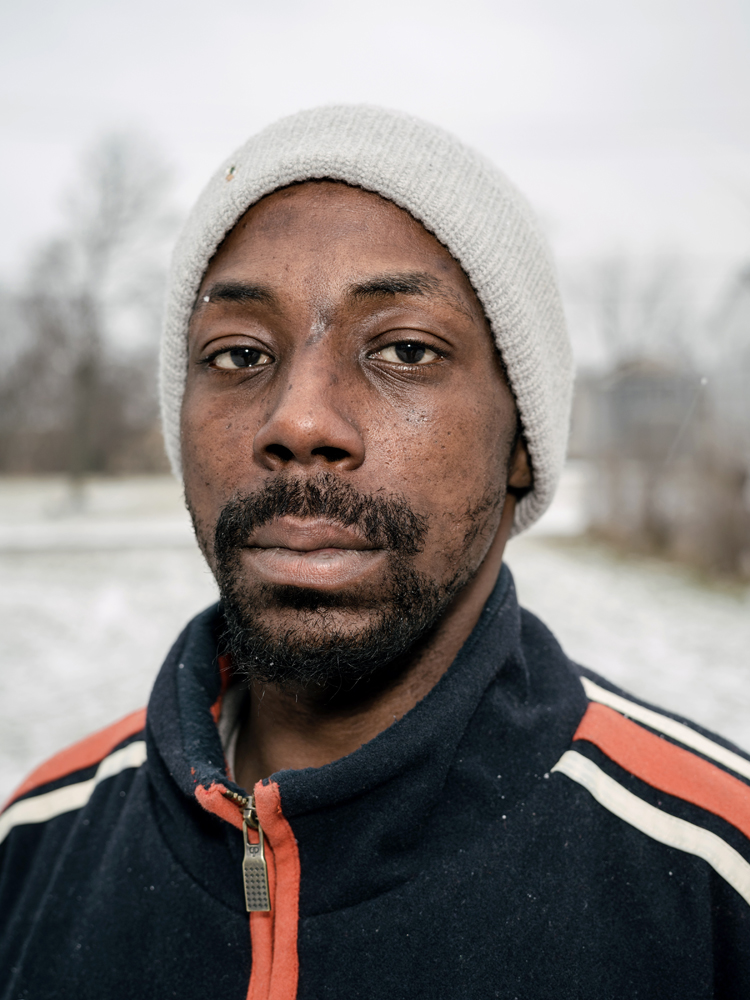 
"When we did figure out that the water was bad, people like me that have sickle-cell disease, it affected me real bad. From having my iron too high, blood count off, having to do days in the hospital. You know it's just, paying water bills and can't use the water. The water breaking you out when you wash up with it. I got an eleven-year old daughter and a three year-old daughter. Give them a bath they be itching like they ain't even been washed up, the water so bad. Make them break out and everything. They're scratching their skin to where it's turning to sores now from the water." - Reil Skinner on his way to collect a free case of bottled water distributed to Flint residents by the Army National Gurad, January 28, 2016